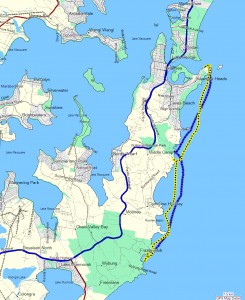 Paddlers:  Matt B, Paul E, Campbell T and myself

We started later than planned because Matt and I were running late.  It didn’t help that we missed the freeway exit because we were gas bagging like a couple of , well, people that talk a lot, and had to back track a bit.

The Hunter Klan paddlers came down the Swansea channel just as we were launching which gave us the opportunity to link up for a few klms and chat which was nice. 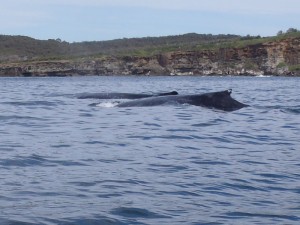 There was a small calf humpback whale with a couple of adults slowly cruising southwards close in shore and we followed them for quite a while.  It was so easy to keep up with them and they were a majestic sight to watch and keep us company.

The plan was to go to Bird Island but this ended up being both too far with our slack start time and also probably a silly plan given the coastline is covered in sea caves and gauntlets that beckoned us to explore them. 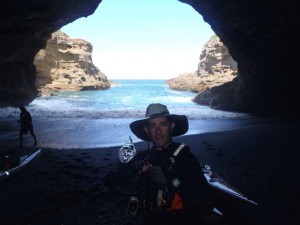 We landed in not one but two sea caves, the first just north of Frazer and another near Snake Gully. 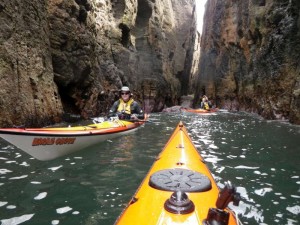 Dave in Snake Gully (Photo by Matt B) 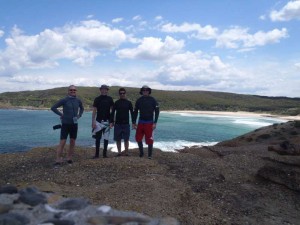 Everyone on the cliffs on Frazer's north side 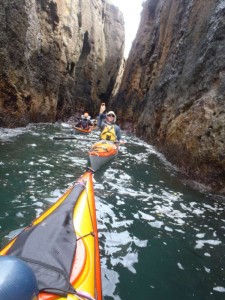 We all fit into Snake Gully